Life as one big login 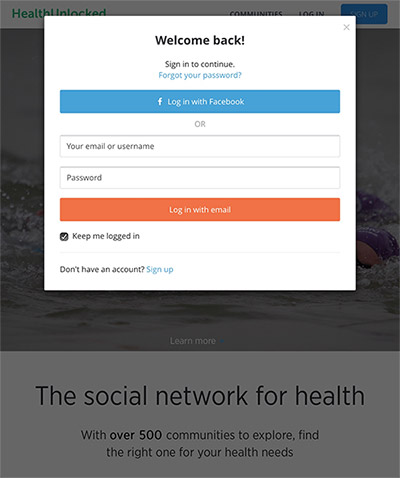 As you know I have a web site which I created as a sign post for many people from newly diagnosed and people further down the line with breast cancer including secondary breast cancer patients. The reason I created it was to give ease of information and to help patients be knowledgeable in their disease. I write a blog to share my views which I feel helps people not to feel alone as cancer can sometimes be so isolating. Those newly diagnosed have so many questions it’s great to have something that they can relate to. As abcd I get involved in many diverse projects and various things to do with breast cancer or cancer in general. One of them is WoMMeN – Word of Mouth Mammography E Network – it’s a project team being led by Dr Leslie Robinson from Salford University who is a lecturer at the University. Leslie started the group as she had an idea for a hub to be created for women to go to find out about mammography. Something that isn’t available at the moment. This is for ‘a symptomatic’ women ie those women who have not had breast cancer. So anyone who have had a letter for a mammogram or anyone coming up to the age of being called for a mammogram. It’s a great group and the project is growing in momentum. The project is to build a hub with social media to support it for asking relevant questions and calming fears. We can clearly see the need for this for women to encourage discussions and stop some of the stigma associated with mammograms.

From one of the discussions with the WoMMeN group I was asked if I know Healthunlocked. I didn’t but I was following them and somehow the name stuck in my mind. I searched my recent tweets and found that a friend over in the U.S. Diane Mapes (@doublewhammied) had tweeted me a few days previous about this group as they had tweeted her about their ‘community’ and she should join the community. I had already commented to Diane stating that I thought that this was duplication and how was it different from anything else? I could see one specific UK breast cancer charity had set up a community on there and there were various chats that you could be involved in. There were many different health communities on there so not just cancer.

I then had a look at another resource that I was aware of which is currently being tested to create an app. I was invite to test this but unfortunately due to the amount of work I have I’ve not been able to help. Yet this feels like it’s creating an app that there is already something there? Perhaps I’m missing the point? The more I thought and looked at these ‘resources’ the more I was getting fraught. I mentioned it to Marie Ennis-O’Connor (@JBBC) who is a Healthcare Social Media Consultant and we had a short discussion about this.

How many logins and communities are we part of before we come to a saturation point? I can only just deal with my own work and daily life eg emails from my children’s school and various other people. It all gets to much sometimes. Then throw in Twitter, Facebook page and web site to manage and you’ll see how busy my life has become (and that doesn’t include the running and cycling).

The way I work with abcdiagnosis I try to keep it simple. I have a a web site for reference and I have a Facebook page which more or less replicating the important shared information but with more than 140 characters so that it’s a little more chatty. I decided on using Twitter as my main medium as it is quick and easy to use and for me offers a whole world of opportunity to network. I can make connections easy and simply. Having a Facebook page is necessary, as not everyone uses Twitter so I could capture these other people also.

When these new ‘communities’ emerge I honestly question the value of ‘yet another’ community that you have to have a login and it offers yet another space to be maintained or checked. I get requests every day to join, follow and login to many who follow me. I follow many people and I enjoy the human interaction that we get and feel that this creates a bond and a community. Engagement is the key.

But if these communities and logins aren’t used then it seems pointless creating them. As mentioned, everyone is saturated by the amount of information we have electronically daily. Email and the web has provided information at our fingertips but I really do wonder what value some of these actually give. Now whether it’s naive of me, but I have not joined any of the many Facebook forums or logged into these communities that there are for primary and secondary breast cancer. Like I’ve said, Twitter gives me everything I need. I can ask questions and get immediate replies and if there is a question I feel isn’t appropriate for the public domain I will then ask a group or individual via DM or discuss it with them. I don’t want to have to login to chat. Social media to me has to be easy to use and not cumbersome. When it gets like that then people stop using it.

So I’d say to anyone who is creating or developing something like this, think of how will people use it and use it long term? What’s the longevity of the idea. What is your USP? If you haven’t got one then what is the point? In this digital age it is so easy to think that it’s what people want and go off on a tangent but think carefully about your target audience and the good information that they want and need. Otherwise you will create life as one big login.

Do you feel overwhelmed by the amount of communication logins you have?